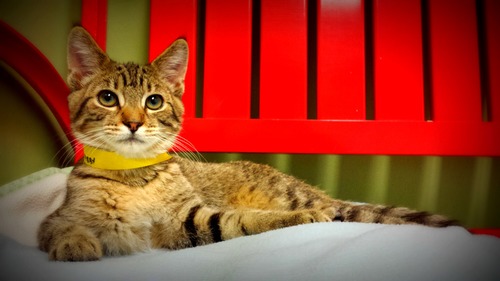 That bright-eyed fella up there is Tom from the Found Animal Foundation, and down over here we have Jonas, a good-looking Bichon Frise from Happy Tails Rescue. In addition to being two handsome boys in generally great photos, they are also demonstrating a photographic composition technique know as the rule of thirds. 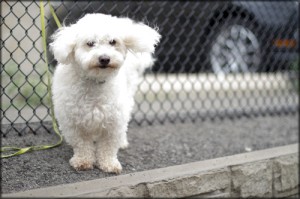 The rule of thirds (though really it should only be a guideline, not a hard and fast rule) suggests you envision two vertical parallel lines and two horizontal ones, equally spaced, that divide up the image like a tic-tac-toe board. Many cameras will actually display this type of grid in the viewfinder. The rule than says that the important elements in your image be placed along these lines or at their intersection.

This method helps lead the eye around the image and is said to create more striking and dynamic images. 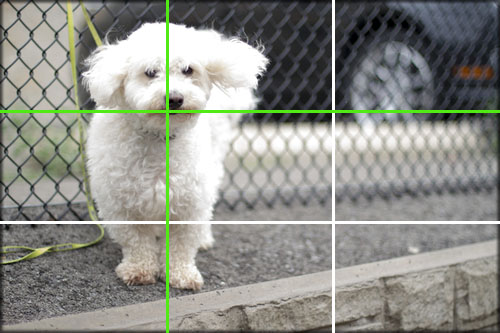 Using the rule of thirds, Jonas lines up perfectly along the left vertical, with his face starting at the intersection. The horizon, where the white granite meets the black lot, runs right along the top horizontal line.

Naturally all rules can be broken and the important thing is getting the best shots you can of your adoptable pets, but since the rule is so simple to apply it’s a great tool to keep in mind as you think about setting up you shots. 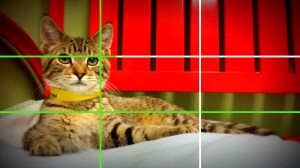 It can even be added in editing afterwards by cropping your image so that the points of interest get moved out of the center and onto one of the lines. Once you know it, you’ll see it everywhere.