Call me an optimist, but I do believe that most pet parents want to do right by their pets. They love them, even the ones who don’t treat their pets exactly the way I would, love them and mean well. I (for the most part) believe that bad things are done by people who genuinely don’t know better. Whether it’s tying a dog up unsupervised in public, leaving a pet in a car, or allowing a cat to wander despite the dangers of disease, fights and car accidents — most people love their pets, but just need some help to do the right thing.

In general, I think that simply telling people what not to do, doesn’t help as much as offering suggestions and alternatives. When we teach our pets not to do something (like I’m teaching my cat not to explore our bar), we give them different behaviors that are allowed (I cleared off the top of a nearby bookshelf and make sure that catnip and treats make surprise appearances there). Why shouldn’t we do that with people, too? That’s why I’m excited about our 5 Alternatives to Leaving Your Dog in the Car tips.

Instead of just telling people to never leave their pets in cars (which is important), now they have ideas of other ways to accomplish the tasks and errands that were the reason they were leaving their dogs in cars.

Share it and let me know what you think! Tell me, do you have other suggested alternatives? 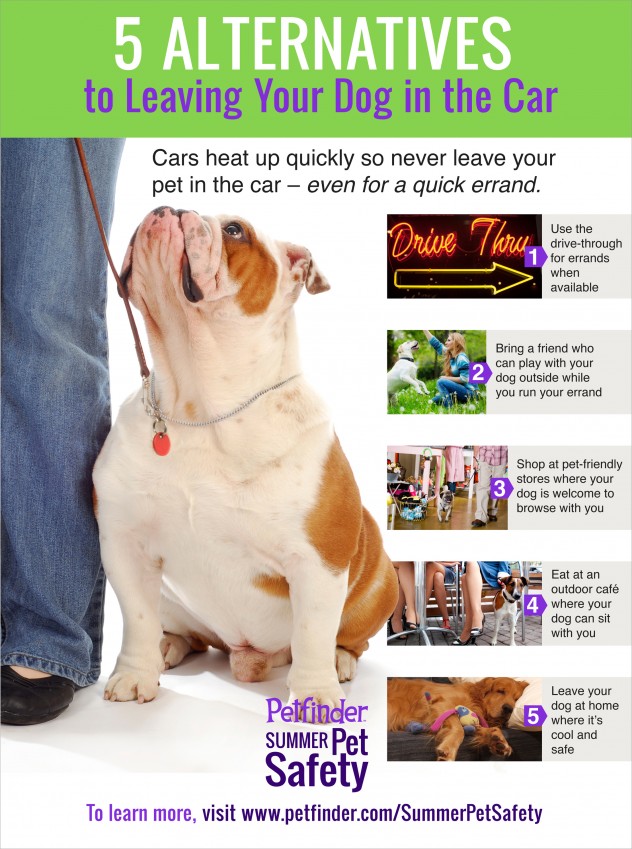 Click on the image to get embed code to easily show off the image on your own blog or website. Or, print it out and post in your building!