Petfinder partners HomeAgain celebrated all the hard work animal welfare professionals do by holding their first HomeAgain Hero of the Year campaign. We were thrilled to hear that two extraordinary Petfinder members were finalists, including the first place winner Theresa Strader who single-handedly founded National Mill Dog Rescue. Nominees were individuals who, through intense compassion and intrinsic motivation, made great strides in improving the lives of animals. Once submissions were completed, a panel of judges, including Petfinder co-founder Betsy Saul, chose the top 5 finalists who were featured on the website for the public to choose an individual worthy of being the first HomeAgain Hero of the Year award recipient. 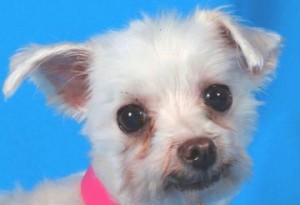 Puff the dog is a lucky girl who was rescued by National Mill Dog Rescue.

In addition to the HomeAgain Hero of the Year award, Theresa Strader received a letter of recognition and a $10,000 donation was made in her name to the National Mill Dog Rescue. In February 2007, Theresa learned firsthand about the horrors of puppy mills. After rescuing an Italian Greyhound from an auction, Theresa started NMDR, a non-profit organization with the mission of educating the public on the realities of puppy mills as well as rescuing and re-homing the dogs who are discarded from these mills.  Through their unwavering devotion, Theresa and the over 800 volunteers of NMDR save an average of over 60 dogs each month. To date, almost 8,000 dogs have been rescued from puppy mills across the country thanks to NMDR.

Runner up Vicki Phillips from Mid-Atlantic English Springer Spaniel Rescue received a letter of recognition and a $1,000 donation. Vicki specializes in helping pets in need after natural disasters. She has been an avid volunteer since 2002. In addition to transporting, fostering, grooming and training dogs in need, she also volunteered during such tragic natural disasters as Superstorm Sandy, Hurricane Katrina and Hurricane Marilyn. During her commitment as a volunteer, she has fostered 70 dogs and adopted 5 of her own. Amazing work, Vicki! 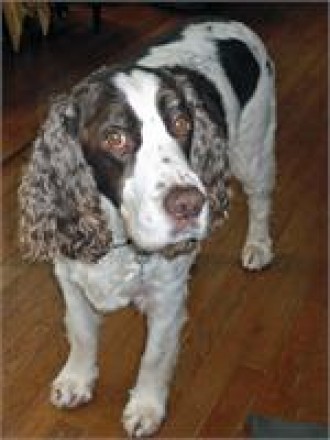 Chuck at Mid-Atlantic English Springer Spaniel Rescue is looking for his new home.