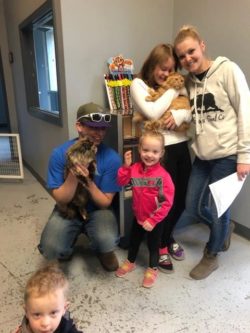 What was the money or product used for?

How did this grant help your organization and the pets in your care?

The reduced-fee adoptions helped get adult cats adopted faster. As we reduce the amount of time a cat spends in the shelter, it opens up more space for us to help other cats and kittens.

How many pets did this grant help?

Please provide a story of one or more specific pets this grant helped. 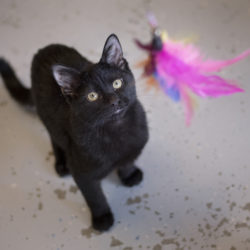 During this period, we had three pairs of bonded cats who were surrendered to the shelter, including Anna and Elsa, a pair of sisters who were given up when their owner had to move. Normally, adult cats who need to be adopted in pairs are some of our hardest ones to adopt, but because we were able to lower the adoption fees, they were adopted in just 29 days (first photo). Both of the other bonded pairs were also adopted in under two weeks.

Kylo (second photo) was a young black cat who was adopted out as a kitten and returned several months later. Kylo also had a heart murmur, making it difficult to adopt him. But after we lowered his adoption fee, it only took a couple of weeks for him to find a great home (third photo). 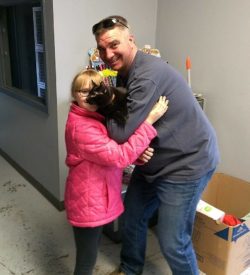 Find all available grant opportunities through the Petfinder Foundation!