Aperture – The circular opening inside the lens that can change in diameter to control the amount of light reaching a camera’s sensor or film. The diameter is expressed in numbers called f/stops; the lower the number, the larger the aperture opening. The aperture, along with the shutter, are the two key elements in getting the exposure you want. The larger the aperture, the more light get’s in during your shot, creating a brighter exposure. The aperture setting also greatly impacts the depth of field. 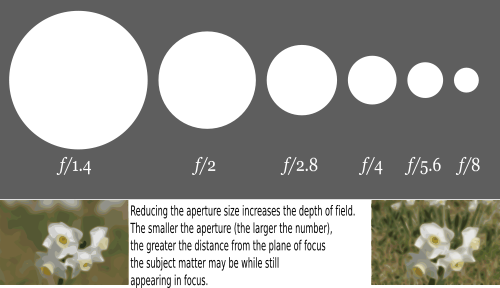 Aspect Ratio – The width of an image divided by its height. Common aspect ratios are 4:3 and 3:2. When making images for the web this is usually expressed by pixels. On Petfinder the image size to fit perfectly into the pet preview window is 632px wide by 353px tall. We also recommend images up to 1000px wide, so an image of 1000px wide and 559px tall would be best.

Compression – Refers to reducing the quality of digital data in an effort to conserve storage space. For example, the JPEG file format is a compressed format. Shooting in a RAW format is the most uncompressed, but takes up a larger amount of space.

Cropping – Trimming out unwanted edges of an image. In Photoshop and most editors the crop tool looks like: 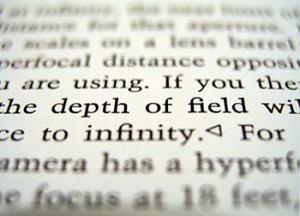 Depth of Field – The distance between the nearest and farthest objects in a scene that appear acceptably sharp in an image. Since a lens can only focus on one distance at a time, everything in front or back will gradually become less sharp until it is out of the depth of field. Depth of field varies according to focal length of the lens, chosen aperture and shooting distance.

F-stop – Technically this is the is the ratio of the lens’s focal length to the diameter of the pupil. In application it the number to determine the size opening of your aperture. F-stops, or f-numbers, are typically expressed as f/2.8 or some other number. The smaller the number, the larger the opening of the aperture.

ISO –  ISO is the measure of a  film’s sensitivity to light, also known as it’s “film speed.” Highly sensitive film requires less time in the light to be exposed and can therefore be known as “fast film,” and vice versa. Setting the ISO is another element in getting the exposure you want. The lower the ISO number, the slower  the speed. A high speed can get a quicker exposure, but the higher the speed the more the image quality is reduced. 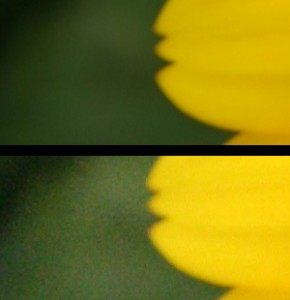 Megapixel – Images are made of tiny squares of color called pixels. A megapixel is one million pixels. This is a term used on digital cameras to express the number of image sensor elements. The more megapixels a camera has, the larger image it can produce theoretically. The term is misleading in a sense because nearly all modern digital cameras can produce large high-quality images, and the megapixel count has really only become a marketing gimmick.

RGB – Refers to red, green and blue: the primary colors used on a computer monitor (as opposed to CMYK or cyan, magenta, yellow and black which is used for print). Any images used on Petfinder need to be in RGB format.

Shutter – The device that opens and closes in a camera to allow light to pass through the camera body to the sensor or film.

Shutter speed – Shutter speed is measured in fractions of a second, or sometimes in whole seconds. The larger the opening of the aperture, the faster a shutter speed can take a well exposed photo. Fast shutter speeds are key to getting clear photographs of pets.

Effects of shutter speed, from fast to slow.

Zoom – Can be achieved by either a zoom lens, which has movable lenses that can be manipulated to scale the image. Or can be achieved by automatically cropping out an image based on the zoom setting, like in a camera phone or other fixed lens with a zoom feature. In both instances, especially the later, some quality is sacrificed for the result.  When possible, the best way to get a larger, zoomed-in image is to physically move closer.